When you need a Plan B…and fast! 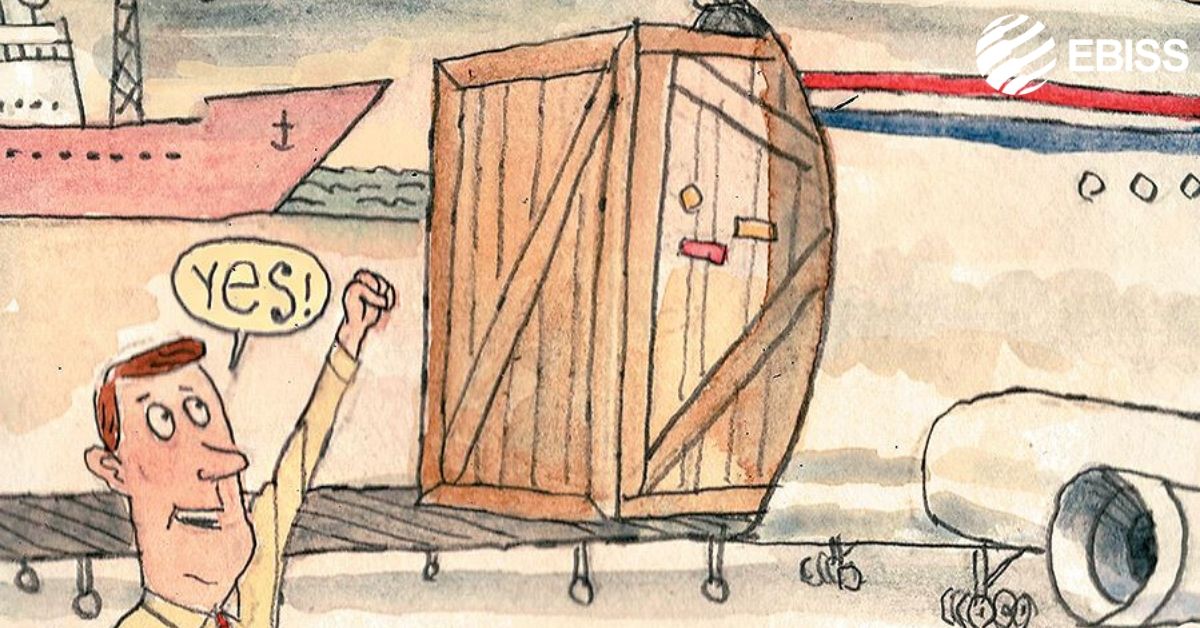 When you need a Plan B…and fast!

This story of ‘saving the day’ from our President & Owner, Wayne Forster, appeared recently in Exhibitor Magazine.  At EBISS getting your exhibition freight or equipment where it needs to be – on time & in perfect condition is ALWAYS our #1 priority!

The backlog was the stuff of nightmares. Our freight had a zero-percent chance of meeting its scheduled sailing and would therefore miss the event in Europe. Disaster!

In the famous words of Scottish poet Robert Burns, “The best laid schemes of mice and men often go awry.” And nobody understands that adage better than the hard-working people who manage trade shows and events. A few years ago, my company’s own meticulous plans started spiralling downhill, which prompted us to quickly formulate a plan B. What really threw us for a loop, though, was when our backup plan ran aground as well.

I am a managing director for a company that coordinates shipping logistics, and back in March of 2015, a U.S. customer asked us to ship a multimillion-dollar machine from California to an important event in Europe. Due to its large size, it was to be shipped by ocean freight as a container load. After all, sea freight is the safest way to transport large, heavy equipment if you can. Yes, sending freight across the Atlantic via ship takes significantly longer than by air, but thankfully we had plenty of time before the show. Unfortunately, not long before we were due to send out the freight, the West Coast ports experienced an industrial strike by the longshoremen who load and unload the cargo ships. The situation affected nearly 30 ports and caused significant shipping delays throughout the whole region, which meant we couldn’t guarantee the freight would depart in time for an on-schedule arrival in London.

We needed to develop a new budget-conscious plan, and quickly. Because of the West Coast logjam, the ports along the eastern seaboard were overloaded with rerouted ships and additional cargo. After assessing the situation, we decided to ship out of Texas, since its port was less crowded and far closer than those on the East Coast. We promptly hauled the container to the railhead where it was loaded onto a freight train bound directly for Houston.

However, fate had other plans. While the train hauling our precious freight was en route, two ocean vessels collided in the Port of Houston. One of the ships was haemorrhaging hazardous, flammable chemicals into the shipping channel, resulting in the complete closure of the port. The train arrived in Houston and was immediately caught up in the snarl of chaos at the port. In effect, it was just sitting there as the clock ticked away. We contacted the port authority posthaste to see what impact the crash would have on our increasingly time-sensitive cargo, and the response wasn’t what we hoped to hear. The backlog was the stuff of nightmares, and we were told the freight had a zero-percent chance of making its scheduled sailing and would therefore miss the important event in Europe. Disaster!

Our team sprang into action and proceeded to create a backup plan for the backup plan. We were quickly running out of options and time, so we determined airfreight was the only viable solution despite the added expenses and potential risks. My company managed to negotiate with the shipping line and the rail operator for our container to be removed from the gridlock at the port. By the time we’d freed our freight from the traffic jam and transferred it to a partner’s warehouse, we had only a week to get it to London. With this deadline breathing down our necks, we desperately scoured the airlines to find one capable of accommodating the large shipment on short notice. As soon as we found a carrier that could, we booked the cargo as a priority.

Then we faced one final challenge: Since our freight was bundled for crossing the proverbial pond by sea and not air, we needed to get the machine repackaged for a flight. This would require a giant custom-built crate â?” and we needed it now! Unfortunately, constructing a one-off, air-travel-ready crate for such a large piece of equipment requires more than a cardboard box, some packing tape, and a handful of foam peanuts. We needed skilled, knowledgeable labor to get the right internal braces and supports, the appropriate placement of foam and airbags to protect the delicate components, and the precise installation of load pick-up points to ensure the asymmetrical cargo was not subjected to any unusual movement during transport. More importantly, building a crate like this usually requires at least four days, which was time we didn’t have. Our team, however, pulled a rabbit out of the hat by coordinating with our local partners and miraculously completed this massive undertaking within 24 hours of the freight container being removed from the rails.

As soon as we got the machinery packed up in its new digs, we rushed it through customs, transferred it to the airline, and sent it on its way. The shipment made it to London unscathed and was delivered to our client with sufficient time for its on-site reps to install the machine on the show floor.

While we had a little advance notice of the West Coast issues, we could never have predicted the delays in Houston. Our ability to react swiftly and to coordinate with the right people in the right places enabled us to overcome all the curveballs thrown our way. Ultimately, when our best-laid plans kept going awry, all we could do was keep making new ones until the job got done.

You can read this story, and other tales of exhibition near-misses from Exhibitor Magazine HERE.

Safeguarding our customers, employees and suppliers

Please click here to read more about the steps we are taking during the Covid-19 situation.

We use cookies to ensure that we give you the best experience on our website. If you continue to use this site we will assume that you are happy with it.Ok